Is the Kenyan Finance Minister in the middle of a Dirty Economic Game????

The Kenyan finance minister is showing great signs of underhand economic mischief specifically because of an impending major IPO (Initial Public Offer) of Safaricom, a mobile phone service. Apparently, he is so determined to get into the books of history as the man who pulled off a deal worth over 34 Billion Kenya Shillings. With the country's elections just weeks away you may be forgiven for assuming that this is just a ploy to get money to fund the elections given that the incumbent is faring not so well in recent opinion polls that put him at 37% against his major challenger who gannered 53%. May be best way would be................[Read the rest of the post HERE ]

Posted by branded at 4:34 AM 0 comments Links to this post 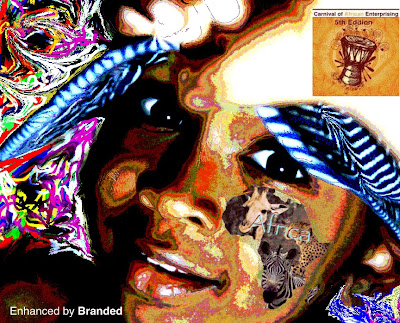 In the last part of The Carnival of African Enterprising we present more views from bloggers about Africa in the 21st Century.

Speaking on “AfricanPath”, Jeffery Kimathi marketing manager of “an African fashion” company based in New York-USA, advices Africans to follow his business model that allows customers to subtly and stylishly speak messages that showcase the vibrancy and diversity of the African continent. Kimathi believes that Africa has the capacity to solve its own problems because no one understands the continent better than Africa itself. It’s all about passion and hard work; there is no elevator to success and Africa has to take the stairway just like everyone else. He advises Africans to strive to earn respect for their resourcefulness, ideas, and creativity. According to him Africa should endeavor to contribute to the modern world culture. “This is why Italian handcrafted garments go for thousands of dollars each and yet similar quality handcrafted African goods usually go for much less,” he says

“Joshua Wanyama” believes that any business is only as valid as its value in the eyes of a consumer. This also holds true for African businesses. He advises Africa to aim at creating a prominent global brand by strategically building a position within the mind of the consumer (world) and steadily defending that position. If a company offers Internet connectivity in Cairo, Egypt it can do the same in Bujumbura, Burundi as long as a market exists. For it to develop a strong position within the marketplace, it has to develop a strong brand. The name this company occupies in the Egyptian marketplace has to be the same as the one occupied in a Burundian’s mind or a Togolese for that matter. Branding then presents a strong foundation on which Africa can build its market share in a vibrant global economy. “Wanyama” believes that a Pan-African company will also need to have a home country, for example, Coca Cola (an American soft drink company) is a global brand with 80% of its annual sales coming from foreign markets, it will be ill advised to disown its American heritage.

According to “Benin Mwangi” Africans should re-orient their thinking, step out of the past and see markets as what they are - big and underserved. Benin proposes a public-private approach as one way to take Africa into the 21st Century. If an African government intends to invest in wiring classrooms and has both the scale and technical savvy to pull it off, that’s great. However, if the private sector has the muscle to do it much better, then the government should support the sector by allowing such investments but still play its role as a facilitator.

“David” advises African businesses to adopt better business strategies so as to attract more investors. He reckons that Africa should carefully strengthen all aspects of business that investors look for to ensure that the opportunities Africa present achieve results. For a successful business, he advises Africans to put more strength in what investors look for when evaluating opportunities which include; the people who manage the company, concept value, price of the deal, deal structure and the exit strategy.

The Carnival of African Enterprising [Part 1] 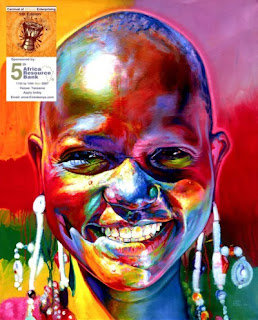 This is the first part of the 5th Carnival of African Enterprising presenting views of bloggers based on the theme Positioning Africa in the 21st Century. This edition was first published in The African Executive on 10th October 2007. The second part will be presented on the 17th of October 2007.

According to Timothy Kioko, Positioning is the aggregate perception that people (target market) have of a particular continent (product) in relation to competitors in the same category. A country like India is positioned as a business outsourcing hub; China on the other hand, is growing super fast as a major force in the international trade arena and is in the process of positioning itself as a major trading partner in Africa. Saying that Africa is already positioned as the highest recipient of foreign aid, he advises the continent to re-position itself as a business hub by embracing democracy, efficiency, respect of property rights and encourage innovation. Africa should not sleep as the other regions take over the world!

Kenyanomics holds that adopting sound economic policies that encourage economic freedom will lead to economic prosperity. He adds that obsession with poverty eradication is a major threat to economic freedom in developing nations as it increases central planning and crowds out individual effort. Kimani argues that the United Nations' Millennium Development Goals (MDGs) only serve to widen avenues of corruption and increased budget imbalances, both of which have crippled Third World economies for decades.

Randy Nichols believes that developing a market based education system that encourages careers in business will boost the continent in its bid to position itself as a source of international labor. Experiential knowledge gained from such labor exports will form an integral part in Africa’s development. He advises Africa to embrace any opportunity to get training in fields that will see its marketability soar to greater heights.

According to Gustav S going to university does not mean that one is highly educated. Many Africans believe that the only way to achieve goals in life is to go to school, learn a profession and then get employment. Becoming a professional, going to the University or taking required steps to land your desired job are important but it is just the beginning of one’s way to success. He urges Africans to develop Discipline, Self Control, Consistency, Perseverance and Faith in order to move forward as a continent.

Finally, G. Kofi Annan says that the continent needs to develop its own film and broadcasting industries with focus on local content. By producing local themed movies in the “right way” we can better present African in the international media. In his opinion, one of the ways that will change the process of making African films for Western audiences is to tie the African film industry to the strong African-American film community. While the film industry at large struggles to make a return on the production costs, with blockbusters not making the numbers they used to, the African-American film community has a great opportunity to align with the African film community and continue to grow professionally and financially. But creativity and authenticity is the real key.

Posted by branded at 3:51 AM 0 comments Links to this post 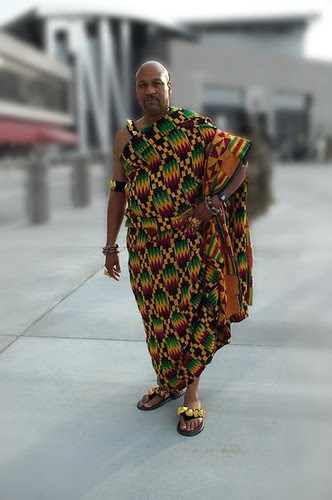 Dr. Charles S. Brown grew up at a pivotal time for Black America. As a young student at Morehouse College he was able to witness and be a part of America's civil rights movement. After reading books written by Dr. W.E.B. Dubois and Kwame Nkrumah Dr. Brown began to become exposed to a wider perspective. Afterwards, he gradually gained an appreciation for African history. Over time this appreciation would continue to grow and less than ten years after obtaining his PhD in physics he began to research ancient African civilizations. His study was so intense that over a three year time span, he became an authority on the subject.

For Dr. Brown, learning about ancient African civilizations meant more than just being able to quote a few abstract facts, he believed that if he could help African American youth become aware of their true heritage it would be easier for them to dream big. Integrating scientific finds on these ancient civilizations into mathematics or physics curricula for his university classes would later become one of Dr. Brown's most recognizable hallmarks.

But the event that would later shape his outlook on modern Africa continent took place when he attended the First Edward Bouchet International Conference on Physics and Technology on June 11, 1988 in Trieste, Italy. The Edward Bouchet Institute is today called the Edward Bouchet Abdus Salaam Institute. One of its aims is to foster scientific and technical collaborations between African and American scientists and engineers. Prof Charles S .Brown's first trip to the African continent occurred in 1990 when he attended the second Edward Bouchet Institute Conference in Ghana. It is through the Edward Bouchet Institute that Professor Brown met the internationally renowned Professor Francis K. Allotey. In the fall of 1991, Prof. F. K. A. Allotey of Ghana visited with Prof. Charles S. Brown, who at that time was the Chairman of the Physics Department at Clark Atlanta University (CAU). The collaboration between Prof. Allotey, Prof. A. E. Bak, and Prof. C. S. Brown resulted in two published papers.

Prof. Allotey, four years later arranged the visit of Prof. Charles S. Brown to Cape Coast, Ghana, where he worked as a Fulbright Visiting Scholar (December 1995 – May 1996) and an ICTP Visiting Scholar (June 1996 – December 1996). Prof. Brown helped to develop the University’s graduate curriculum, served as a research advisor for a physics doctoral candidate, and collaborated on a research paper with Prof. S. Y. Mensah, Chairman of the Physics Department and Vice Dean of the Faculty of Science at the University. The work that Prof. Brown did in Ghana did not go unnoticed; in fact it was instrumental in his enstoolment as a traditional ruler in the Assin Manso district of Ghana.

To elders and other traditional rulers in this district Prof. Brown was known as Nana Kwodo Amoah I. It is a role that he took very seriously, even until his passing.

I love you Dad. I know you are in a better place.

Posted by Benin at 2:18 AM 3 comments Links to this post