On 20/08/2007, after the 6th ordinary session of the EAC Heads of State, I waited with bated breath for the announcement of a fully integrated East African Economic Union, a union redeemed from the fear and suspicion that previosuly led to breakup.
To my dismay, the same structural failings and issues that necessitated the first collapse still exist. During the first collapse it was easy to blame ideological differences between Tanzania and the rest of the East African Community since the latter was socialist while the former shared capitalistic ideologies. This aside, the real reasons as time came to reveal was the fear that Kenya dominated the rest of the community.

Following the collapse of the EAC and prior to the recent haphazard re-integration, arose the Common Markets for East and Southern Africa (COMESA ) the only remaining workable regional organisation that Kenya, Uganda and Tanzania had in common. This was until Tanzania opted out again to join South African Development Cooperation (SADC) , allying itself to what is clearly a grouping for Southern African countries.......................(please read the rest of the post at http://businessinfocus.blogspot.com)

Recently I did an interview with an entrepreneur from Cameroon with a law practice. In fact he is the same gentleman that I mentioned in an earlier post-here. 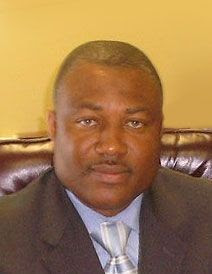 One thing that I really enjoyed about this interview is that we did it on the phone, so it felt like a more natural flow than the email interviews. I am now going to have to do one by web chat-that is the only thing besides phone (skype included) or in person interviews that might be more convenient or fluid to post.

Here is an excerpt of the interview with Mr. Tiku, by the way:

African Path: So Mr. Tiku, why is this topic of immigration something that looms so heavily in the minds of our nation's (The USA) African immigrants and why should attention be given to this topic?

Mr. Tiku: Well Benin, right now 2 out of 5 immigrants in the US either have a problem with their visa status or know someone who does.

Wow, Mr. Tiku, those numbers seem to convey that this issue is very serious. Now does this mean that immigrants from Africa are in the same predicament as those from Latin America or is there a difference?

Latin American countries in South, Central America, and Mexico are in a slightly different position, because they can easily get into the United States through Mexico which shares the largest boarder with the United States. This unique situation explains the reason why by far the greatest numbers of immigrants both legal and undocumented are from that area. On the other hand, when we talk about African immigrants, because there is no shared or common border with the United States, almost all African immigrants that are in America were came here with some type of a visa. However, most often these visas expire thus making them illegal.

I see, Mr. Tiku and if I remember correctly there was a new law that the President, Mr. George W Bush tried to pass that could have resolved this problem. But that law did not make it past U.S. Congress. Many folks from different parts of Africa have asked me whether I thought such a law, if passed, would benefit immigrants from Africa or if it would be more targeted to the immigrants from Latin America. What do you think about this Mr. Tiku?

If we go strictly by the numbers (the number of Hispanics in America), Hispanic immigrants stand to benefit a lot by this type of legislation. However, had the law passed it would have applied universally to all immigrants within the United States, so it would have helped immigrants of all national origins. Right now Congress is pre-occupied with the upcoming elections (that might be one reason that the bill failed to become a law). So although the bill failed, it is likely that after the 08' elections it might be presented to Congress again. Also, something I'd like to mention is that in US Politics this immigration topic has become large and at times very divisive with strong opinions on either side. The immigration issue has replaced affirmative action, Rowe Vs Wade, and abortion law as the new hot button issue.

Before I close, let me say that Mr. Tiku is an attorney, but he is also an entrepreneur who employs three and also had a similar practice in Cameroon, which also provided jobs. Anyway, I hope that after reading the full article that will have been further enlightened.

Of course, I love your comments. But, if you can't comment at this particular time- but would like to let us know that you were here; please sign and View my guestbook 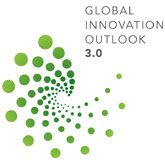 About three months ago I received a rather short and nondescript comment in my guest book. Now around the same time I had been receiving spam comments and the like, so I didn't pay the visitor's words much mind. About one or two weeks after that I received an email from someone who said they were from IBM-huh? And the email had something to do with Africa. Ok, that got my attention. So, I read the email again, just to make sure that it was real. Indeed it certainly appeared so. The letter conveyed that IBM was working on putting a small panel together-sort of like a think tank, consisting of about 30 people, and the focus of these "deep dive" sessions would be to brainstorm about economic progress on the African continent. They are calling this forum the IBM Global Innovation Outlook (GIO) and this series is titled IBM GIO Think Africa.

To make a long story short, I accepted the invitation and attended the event. What a treat it was to event to attend this event. One of the highlights for me was participating on a discussion about the impact that the continent's informal economies have had upon the lives of the participants of the event, as well as the overall impact upon the continent's economies. I also had a chance to sit down with an IBM vice-president to talk about the company's strategy on the continent. The post will be published on African Path this week. Perhaps even more major, though, were the one-on-one connections that I was able to make while there. There was a NEPAD official, several university professors, a Ghanaian King, several fortune 500 executives, two university students, and several others.

Here is a snippet from the GIO blog summarizing the event:

"Hubert Danso, vice chairman of the African Investment Advisory Group at NEPAD, spent years shopping positive business stories around to the international media types. He got nothing but lip service. So he finally decided that if he wanted the stories of Africa’s burgeoning economic prowess and entrepreneurial spirit to reach the world, he was going to have to tell those stories himself. Danso is now the managing editor of Africa Investor magazine. It’s as slick as anything you’d pick up on a New York newsstand, has top-notch research, and relentlessly covers business issues in and around the continent. If you want to get the other side of the business climate story in Africa, it’s a must-read.

Other deep dive participants have broached the idea of a news portal that focuses exclusively on positive stories coming out of Africa."

You may find out more about the IBM deep dives by visiting their blog here. Otherwise, be on the lookout to hear what an IBM Vice President has to say about doing business in Africa. Please stay tuned!


Of course, I love your comments. But, if you can't comment at this particular time- but would like to let us know that you were here; please sign and View my guestbook

Posted by Benin at 1:25 AM 3 comments Links to this post