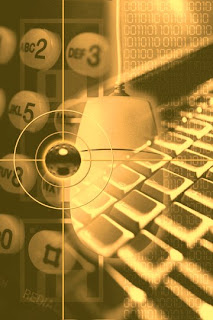 With the growth of internet users in Kenya, many businesses are also moving online. Recently launched is TG Press Release Center a web based press release center based in Nairobi Kenya.

The website is fully supported by online advertising and features relevant press releases from businesses across East Africa.

TG Press Release Center is part of TGEA (Teyie Global East Africa) online advertising network that is set to open its doors in the first quarter of 2009. According to information posted on the company's website, TGEA will offer targeted online advertising in East Africa through blogs, news sites and general websites.

"we are offering solutions that will allow both publishers and advertisers in East Africa to meet their online advertising objectives at affordable rates" says Mwangi the group's chief technologist.

TGEA is set to offer online ads for as low as two Kenya shillings (yes 2 shillings), to many businesses across East Africa. Additionally the group is also offering free web hosting and support to web content developers in the region to support the growth of their online advertising business.

TGEA is currently in talks with major publishers in the region and has in its stable a host of blogs already running network ads.

Mwangi says that the group is currently running free ads for interested companies in the region in the months of November and December through blogs and websites that have signed to the network. All interested firms, can register directly through a contact form on the TGEA website.

If there is anyone out there who still doubts that America is a place where all things are possible, who still wonders if the dream of our founders is alive in our time, who still questions the power of our democracy, tonight is your answer...READ THE PRESIDENTIAL VICTORY SPEECH HERE

Posted by branded at 4:30 AM 0 comments Links to this post

When historians look back at the 2008 presidential landslide, they won't focus on the fact that Barack Obama ran a smart and steady campaign. They won't focus on William Ayers or Joe the Plumber or socialism or racism. They're going to remember that the two-term Republican President had 20% approval ratings, that the economy was in meltdown, and that Americans didn't want another Republican President...Read More

Posted by branded at 2:46 AM 0 comments Links to this post

Developing story. Updated by the Hour.

Posted by branded at 2:29 AM 0 comments Links to this post